A Brief History of Hackney Wick 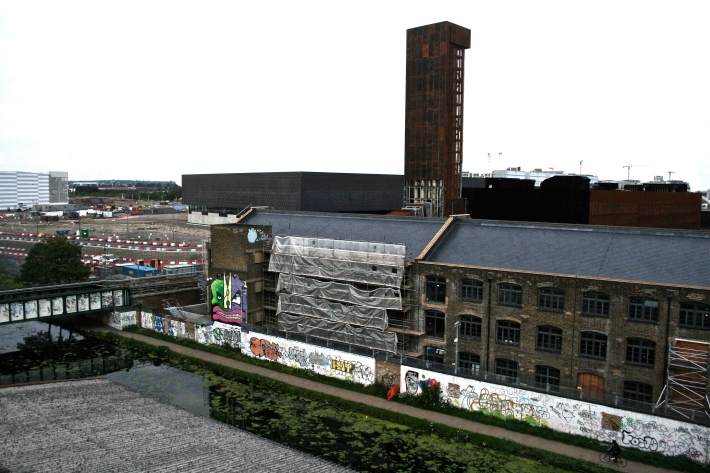 To our ancestors, The Wick was known as the site of ‘Queen Matilda’s Causeway’, which was requested by Queen Matilda to replace the unsafe Roman crossover at what was a very difficult site for crossing The River Lee. Built around AD1110, it linked settlements at Bow and Stratford on opposite sides of the valley

The River Lee and, more recently, the man-made Hackney Cut canal have for centuries dominated the area close to Hackney Wick. During the Great Plague in 1665 barges helped save Londoners from starvation by transporting food into the capital

The earliest businesses were located on the High Street between Marshgate Lane Lock and Bow Bridge and included Thomas Frye’s Bow Porcelain Works, founded in the 1740s, one of the first in Britain to make porcelain

Lewis Berger, the pioneer paint manufacturer, moved his factory to Homerton in 1780

In the late 19th to early 20th Century the growth of chemical, confectionery and petroleum-related industries were all based in The Wick. The area became a hive of industry, particularly White Post Lane, the site of the Hope Chemical Works

During the Second World War on 7 September 1940 a heavy anti-aircraft gun near Manor Garden Allotments was the first to shoot down an enemy aircraft. The military pillboxes in this area were used as part of the defense of London during the war and later used as potting sheds

Just after the Second World War, ‘Clarnico’, the largest confectioner in Britain, was based in The Wick before moving further across the Lea to Waterden Road in 1955 where it survived for another 20 years. The company had its own brass band in the early 20th century

Waterden Road was also home to the Hackney Wick stadium, which opened in 1932 for greyhound and motorcycle racing. It was demolished in 2003

Another path finding entrepreneur in Hackney Wick was the Frenchman, Eugene Serre. His father, Achille Serre, who had settled in Stoke Newington, introduced Dry Cleaning to England. Eugene expanded the business into a former tar factory in White Post Lane and which still carries traces of the firm’s name

Wallis Road in Hackney Wick was crucial in the history of the invention of plastic. This is where Alexander Parkes made the first type of plastic, which he called ‘Parkesine’

The Atlas Works of 1863, backing onto the Lee Navigation, was demolished to make way for housing in the 1990s.  In the 1930s it had been the home of the British Perforated Paper Co, famous for inventing toilet paper in 1880